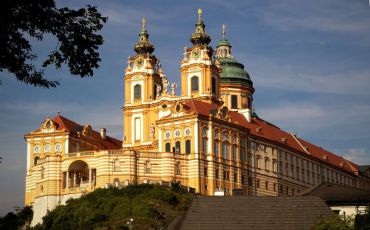 The town of Melk located in Austria is home to an ancient Benedictine abbey. It is often referred to as the cradle of Austria. The abbey is located on the rocky outcrop thus opening beautiful views of the town and the Danube.

A visit to Melk Abbey to learn its long and interesting history. Historically it was a centre of religious activity, including prayers, healing the sick and providing hospitality to weary travellers.

Romanesque architecture was born here, later it was enriched with elements of the Gothic, Baroque and Rococo styles. Wise books and unique works of art were created here. 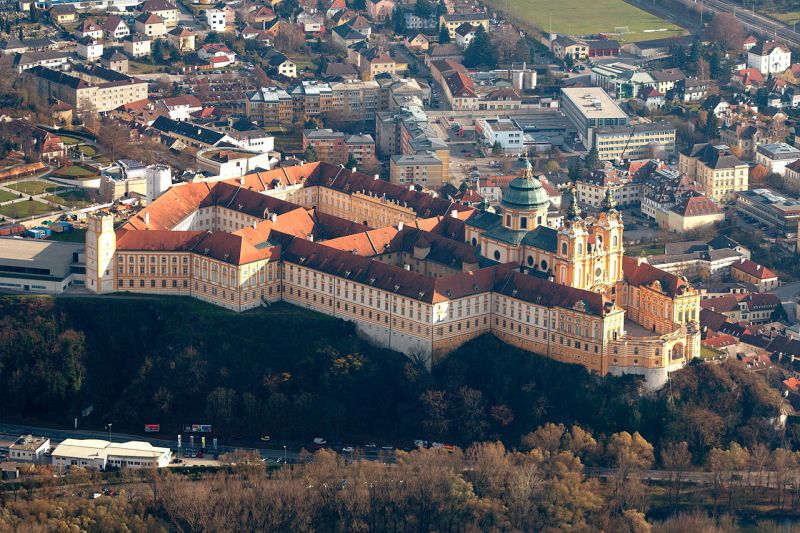 It is believed that Bishop Altmann suggested Leopold II to turn the castle into a Benedictine monastery. Since its building was completed in 1089, the monastery has become a tomb of the Babenberg dynasty. In the 14th century, Duke Rudolf IV bestowed on the monastery the cross of Jesus Christ, a priceless relic.

The early 18th century brought to the monastery a radical reconstruction in the style of Baroque. Water supply system, sanitary sewer system and electricity appeared in the monastery in the beginning of the 20th century. Inflation and the First World War forced abbots to sell many items of the abbey. In 1960, the restoration of the abbey’s buildings began, and in 1989 a grand exhibition was opened. Since that time a lot of tourists come there in order to learn the monastery's history and the history of Western Europe. 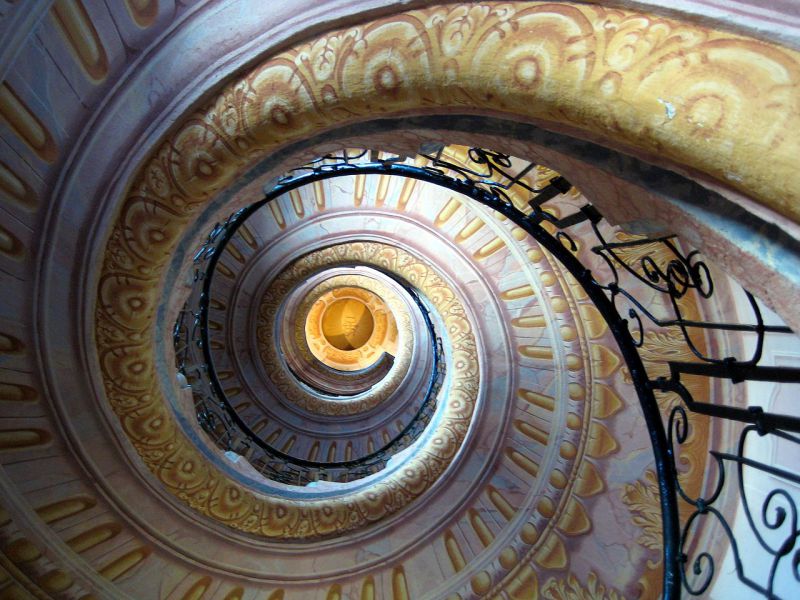 Nowadays, you’ll be impressed with Benedict Hall, a huge room of the monastery, from which you should expect a magnificent view of St Koloman Fountain located in the courtyard. The monastery`s museum is unique, here every room tells about a single epoch. Visitors also admire Marble Hall, walls of which are decorated with images of Athena and Hercules. Both Sts Peter & Paul Church adorned with gold and marble, and the library, where more than 100.000 different editions are kept, are considered to be the symbols of the monastery.

The monastery is located in Lower Austria, 60 kilometres from Vienna. The rocky outcrop, on which Melk Abbey is located, is well seen in the neighbourhood of Melk. This picturesque view greets visitors of the town.